Here’s a breakdown of need to know YouTube stats for creators both old and new.

Founded in 2005, YouTube is still young by internet giant standards but has achieved huge amounts already.

It’s currently the second most popular website on the planet according to Amazon’s Alexa. Part of YouTube’s success is down to being the world’s second largest search engine only behind Google.

Parent company Alphabet Inc sees YouTube as it’s next driver of growth. Major investments of $6+ billion are set to continue year on year following a major redesign back in 2017.

This shows that YouTube is only just getting started. Below is a round-up of the key YouTube stats from authoritative and official sources.

They present the growing opportunities and key trends creators, both old and new, need to know.

YouTube has evolved recent years with many new apps, services and interfaces rolled out since 2015. It’s just getting started.

YouTube continues to expand it’s global audience to reach every corner of the world.

Millennials were the early adopters but other generations are fast catching up.

So it’s clear millennials are not the only ones that love YouTube.

YouTube’s audience is broadening well beyond millennials. GenX and Baby Boomers are the fastest growing segments.

YouTube is no longer a male heavy platform either as the below stats show.

While YouTube’s audience has an even male female split its global reach is diversified.

Today there’s almost no corner of the planet where you can’t watch YouTube.

YouTube’s biggest and fastest growing markets are outside the US.

YouTube’s audience watch on screens all shapes and sizes as the below stats reveal.

Some of the 70% of watch time is also shared with casting to TV via Chromecast.

Beaming YouTube into TV sets around the world is becoming more of a thing.

As viewing numbers grow so does the number of niches and content categories.

‘How-to’ and educational videos are categories with lower barriers of entry and costs.

YouTube rolls out more training, tools and even studio space to for creators year on year.

More and more YouTubers are getting a piece of the pie.

These key YouTube stats show the continued growth, investment and opportunities on YouTube for creators both old and new. There’s never been a better time to share your own experience, knowledge or a skill through online video. 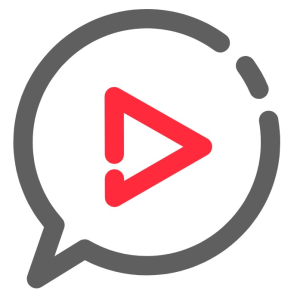